As a new VSinger, let me introduce myself!

A vocal princess(DIVA) who came from the Neon castle in Edo period! By a time machine I managed to skip through from the Edo period. ※I changed up my look from this November.

Actually I kept my history and background a secret up to now!

To introduce what I do in Japan today, I made one original music video. Please watch it to get to know me!

To spread happiness to Edo-Lenaers (my fans) all around the world with my "Edo- Lenaline" song energy, I have dedicated my life to making videos of my singing and creation of original songs.

Oh, by the way: I love cool songs!

Covering famous songs is so much fun too! Visit me at my Edo-Lena YouTube channel?

In my activity as VSinger, I however see some big things missing...

Since my first video upload on 27 Dec, 2018 I have been singing songs of vocaloid, anime songs, songs of other famous VTubers.

On 11th August, 2019 I also released my original song “Super Duper “ -co-produced with KOTONOHOUSE, the track maker of Kawaii Future Bass. The song is about how wonderful I feel having met all of you after I came to this world by the time machine.

But!!! The current Edo-Lena can not move as freely as I want. With this, it is not easy to "take over the world" and get connected to Edo-Lenaers around the world.

The purpose is to take over the world and get connected to Edo-Lenaers and reach everyone with my happy power! Once this project is completed, Edo-Lena will be leveled up.

Illustrator Haruyuki “my mother” created the visuals of Edo-Lena. Based on the feels of Edo period, Princess, Music, Love, Cat and Cyberstreet, the "new" Edo- Lena design has the cute and cool elements. Perfect for the VR future. 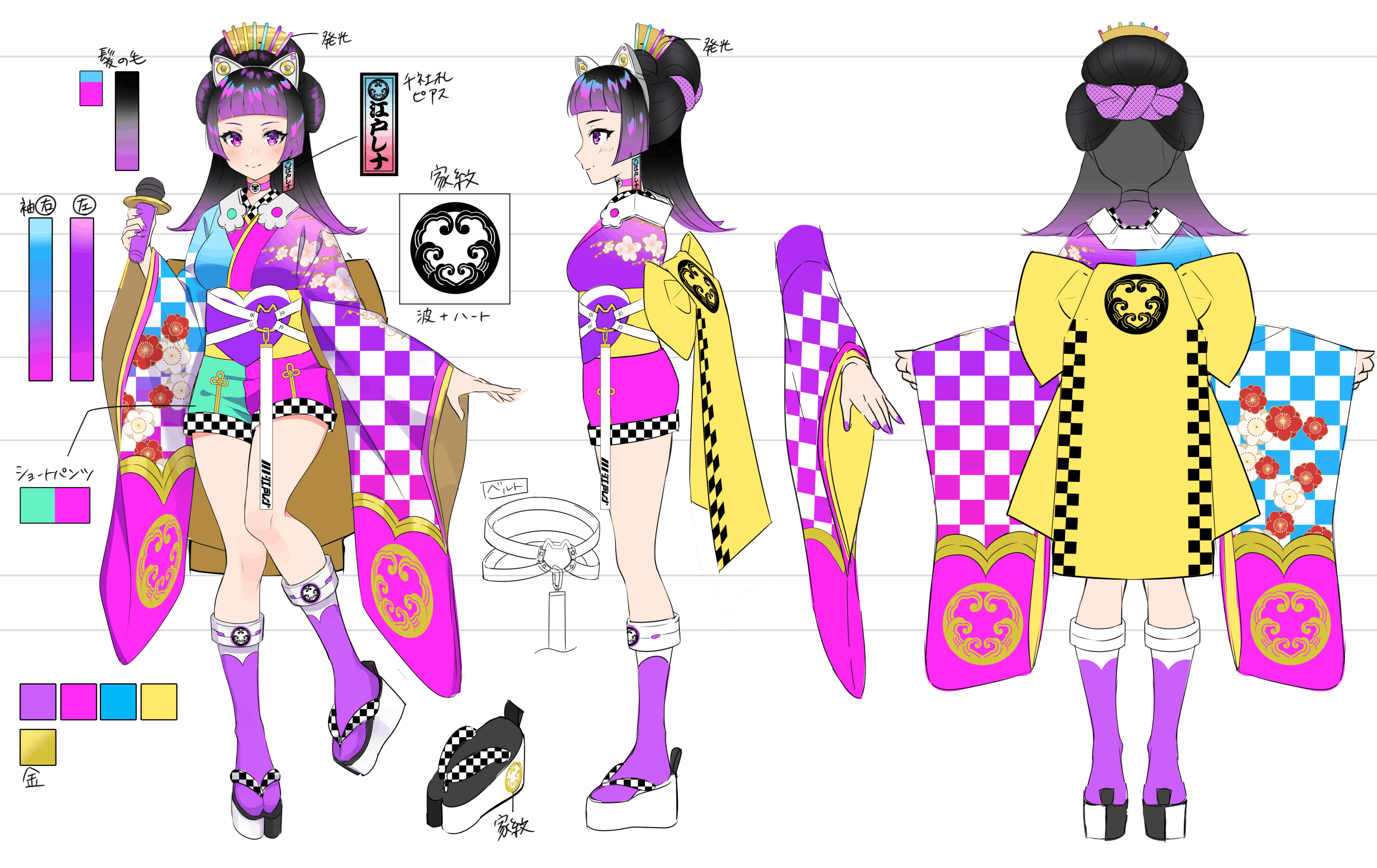 Balus can produce this design into the gorgeous, professional and high quality image!

The biggest challenge for Edo-Lena besides the 3D body is...
To make more people happy with the live concert as a stretch goal!! 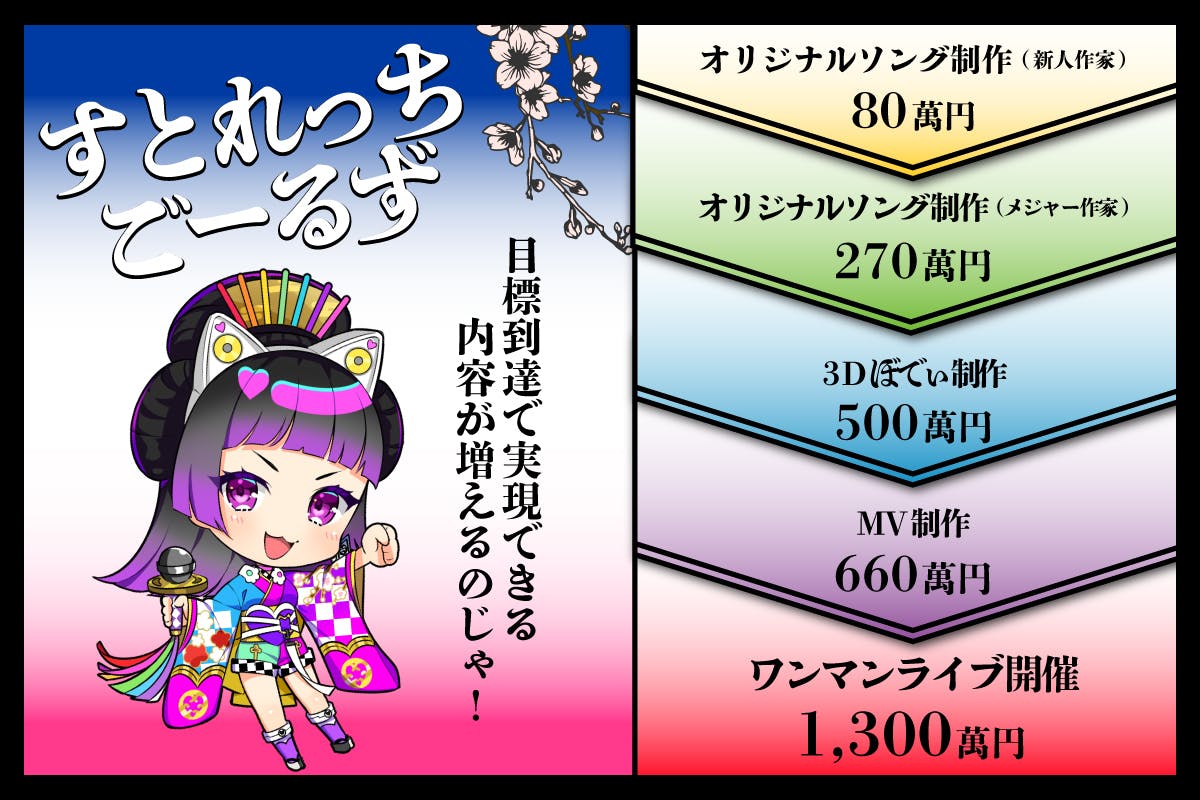 Edo-Lena is V "Singer". My mission is to deliver the voice and music to Edo- Lenaers via a vivid live experience. With my own original songs and music video, I want to meet you all so much in person at the live stage!

The biggest challenges of Edo-Lena, besides 3D model. Edo-Lena stage performance to bring happiness to everyone!

Please support Edo-Lena for this huge dream. When the stretch goal is achieved, Edo-Lena will let you know the details!

Edo-Lena is a solo VSinger as of Oct 2019, being active for more than 6 months.

Edo-Lena came to life with a company support, however after 4 months of the debut, the company could not support Edo-Lena anymore..

Many retire from VTuber work because of company side reasons or problem with creators.
Edo-Lena has a sincere passion to make VTuber world super great by wonderful songs/works and various high technology.

3 companies in this project understand Edo-Lena really well and gave great proposals to bring the best VTuber entertainment via TUBERISE!

Still having a lot of worries, if yet unknown Edo-Lena can achieve this big dream... but if you feel a tiny bit of hope for Edo-Lena, please support her and let us energize the VTuber/VSinger industry!

When the stretch goal is reached, we provide what Edo-Lena pledges based on the amount.

※ Shipping charge is to be taken care by purchasers.