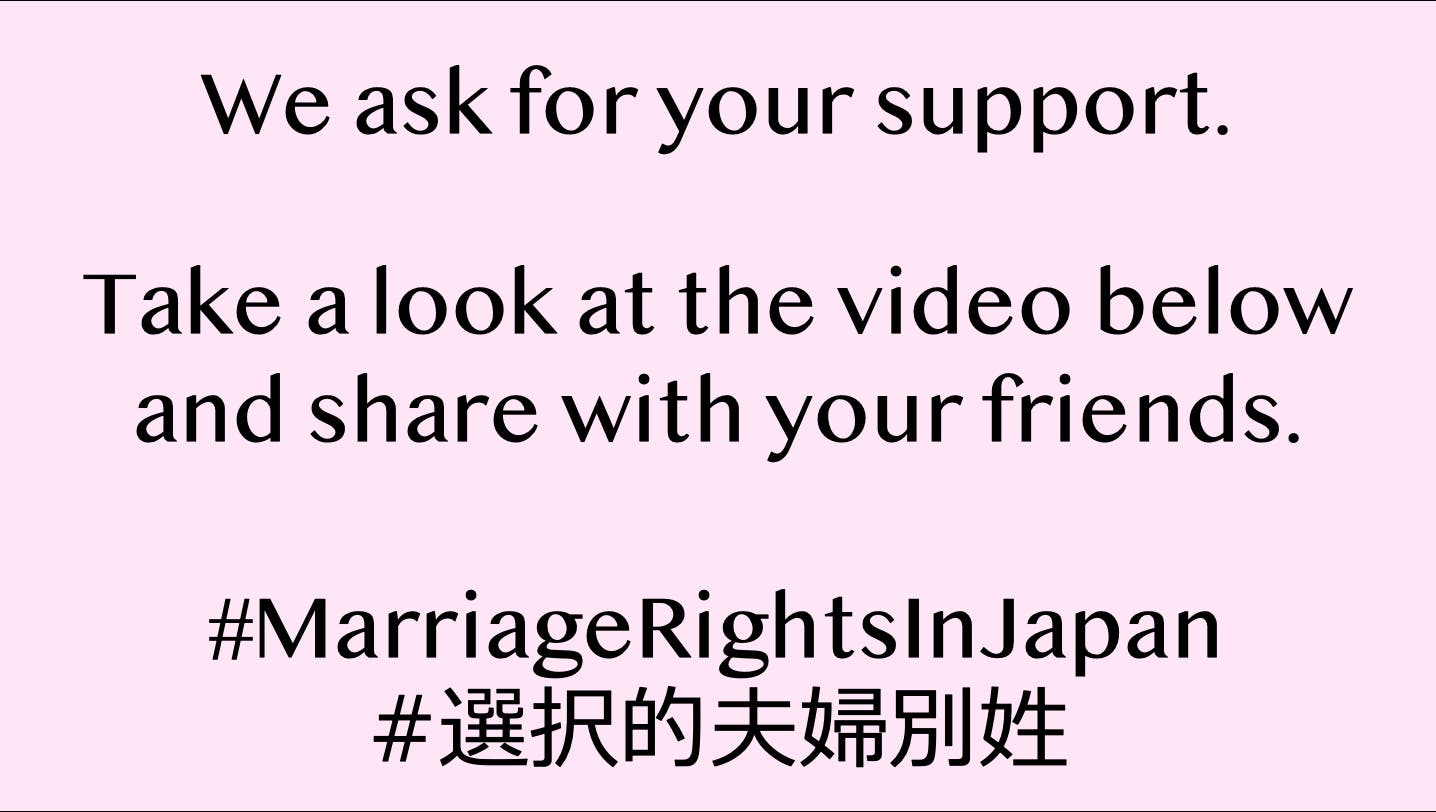 Did you know that Japan is the only country in the world where a single spousal surname is mandatory? This means that when a Japanese couple wants to get married, one spouse has to change his or her last name to the other person’s last name. (Creating a new name is not an option.) This law violates an universally recognized basic human right to keep one’s name.

Moreover, even though couples may choose to use either spouse's name, women are often expected to change their last names. In fact, women have changed their names in 96% of the marriages in Japan. The United Nations has pointed to this situation as gender discrimination and has advised Japan three times to allow couples to use different surnames.

The spouses who change their last names have to spend their time and and resources to change their names on driver’s licenses, passports, bank accounts, and many other personal documents. While many accept the name change, some people experience a deep feeling of identity loss due to their unwanted name change.

We have started a grassroots movement lobbying local and national governments across Japan to change the current law to allow couples to choose whether they want to change a spouse’s surname to have the same last name or to keep both last names. With this crowdfunding campaign, we aim to increase awareness, funds, and supporters and to accelerate our efforts. We need your support! 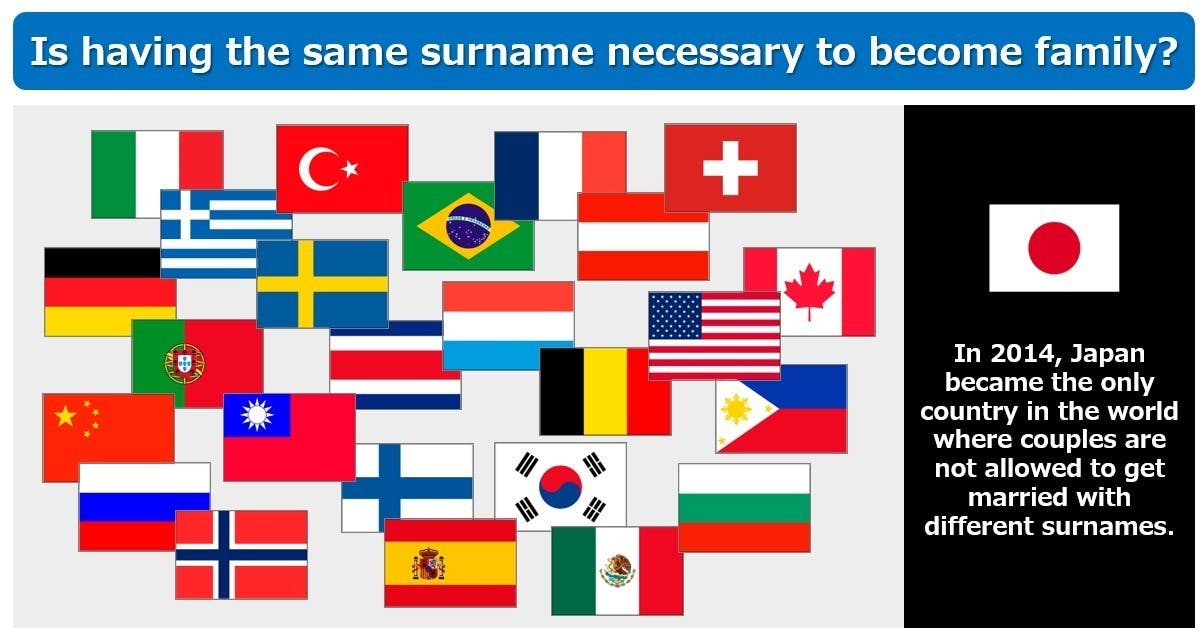 Survey shows that 69% of the public approves changing the law to allow married couples to have different last names. Demand is growing as women play a greater role in the workplace and more couples share the housework and childcare together.

Currently, all political parties except the ruling Liberal Democratic Party have publicly expressed that they are in favor of reforming Japan’s marriage law to add the option to get married without changing anyone’s last name.

Some of the opposing opinions argue that separate surnames may significantly weaken family ties. Supporters of the law reform answer that the negative impact on family ties is questionable since family is more than a name, the rest of the countries around the world allow families to have different last names, and about one third of couples in Japan nowadays get a divorce anyway despite having the same family names. 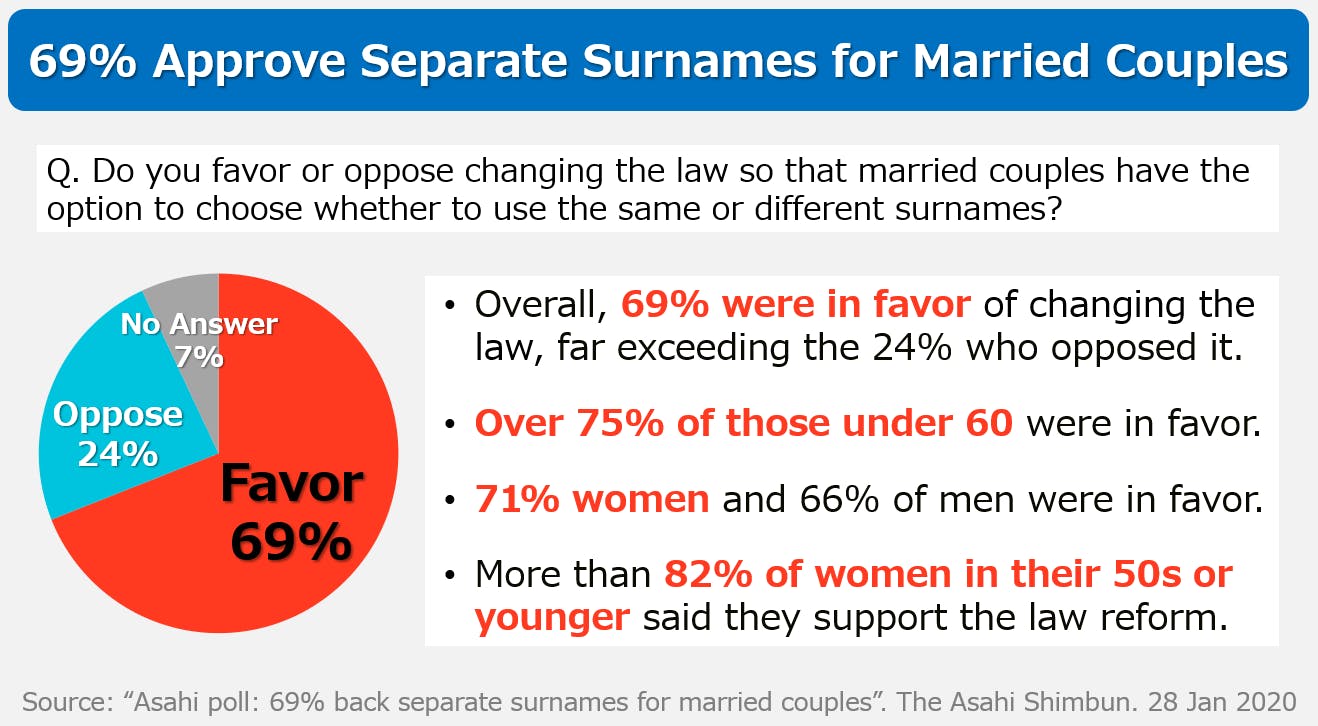 Services also may have restrictions for couples in de facto marriages. For example, often, banks do not offer joint accounts or home loans to couples in de facto marriage. There are nursing homes that do not allow a couple to live in the same room unless they are under legal marriage. Moreover, there are various services that do not give family discounts unless a couple is in legal marriage.

There are many different reasons why couples might want to get married without changing anyone’s name. Please watch the video that features some of us who are looking forward to the law reform. Below are some of our voices.

“My partner is a researcher and has many academic papers and patent rights under her name. If she changes her name, I’m afraid her career would be interrupted. On the other hand, I have a very unique last name, and I would not like to change my last name. Thus, we have decided to stay together without getting legally married."

“I got married in my 40s and continued to use my maiden name for work for more than a decade. Now that I stopped working and people around me call me by my husband’s last name, I feel so uncomfortable, as if my true identity has disappeared. I thought I would get used to it, but I couldn’t.”

“When I was little, my parents got divorced and I had to change my last name. After almost 20 years, I met the love of my life, and coincidentally he has my previous last name. I have very bad memories with that last name, so I do not wish to change my name back to that name. My partner agreed to change his last name, but his parents refused because they do not think a man should change his name. Thus, we have not been able to get married.”

“My partner and I are both doctors. We both have accomplished a lot in our careers, and each of us would like to open our own businesses in the future. We would like to continue living with the names we have built our careers on.”

“I got married at a young age. I did not want to change my last name, but my families and everyone around said I need to change my name because I am female. After I got divorced, I decided to keep that last name, because I had advanced my career with that name for over a decade. Years later, I met someone new. Neither my children nor I wanted to change our names, and I did not want my new husband to take my ex-husband’s last name either. Therefore, we decided to opt for a de facto marriage. However, when he had to undergo a serious surgery, the hospital did not allow me to sign his papers unless we were under legal marriage. Thus, I had no choice but to get legally married and change my name again. There were so many paperworks to go through, and my legal identity changed once again. I feel devastated.”

“I’m legally married and still use my maiden name for work. I often go abroad for business or to speak at conferences. Each time, I have to explain to the hosts that my legal name is different from my work name. Once, the hotel reservation was made with my work name, and the hotel almost refused to let me stay there because the name used for the reservation did not match my passport name. In another occasion, the immigration officer did not believe that I was there to speak at a conference because my business name on the conference website did not match my passport name. It’s really stressful to juggle two names sometimes.”

“When your name changes, people around basically find out that you probably got married or divorced. I think it’s unfair that only person gets affected. Especially for divorce, you’re going through a hard time already, and then you have to unwantedly disclose your marital status change and go through all the documentation changes? That’s very stressful. Not everyone wants to make their marriage or divorce news public.”

“My husband and I have been OK with de facto marriage so far, but now that we both have retired and are getting older, we’re worried we might need more medical and family support from the government that might be limited to couples in legal marriage.”

Benefits of the Law Reform

Changing the law would give couples the freedom to choose whether they would like to change a spouse’s name or to keep both names. This would reduce unwanted name change paperwork for many and eliminate unwanted identity losses. It would also allow men and women to have the same chance to keep their names and to continue using their legal names to develop their careers.

It would allow many couples who are currently in de facto marriages to have legal marriages. With legal protection of legal marriages, more couples will feel safer to have children or to face their retirement years.

We strongly hope that more diverse forms of families will become accepted in Japan.

The Selective Separate Spousal Surname National Petition Action in Japan was founded in November 2018 by Secretary-General Naho Ida. The group is talking with local and national governments to have the marriage law reformed. We have more than 170 members across Japan.

Our main activities are:

We hold study sessions and conversations with different local councillors throughout Japan and work together to petition the National Diet. Between November 2018 and December 2019, our organization contributed to the submission of 37 proposals. In total throughout the decades, there have been 85 marriage reform petitions submitted to the National Diet. We hope to reach all 47 prefectures across Japan this year. 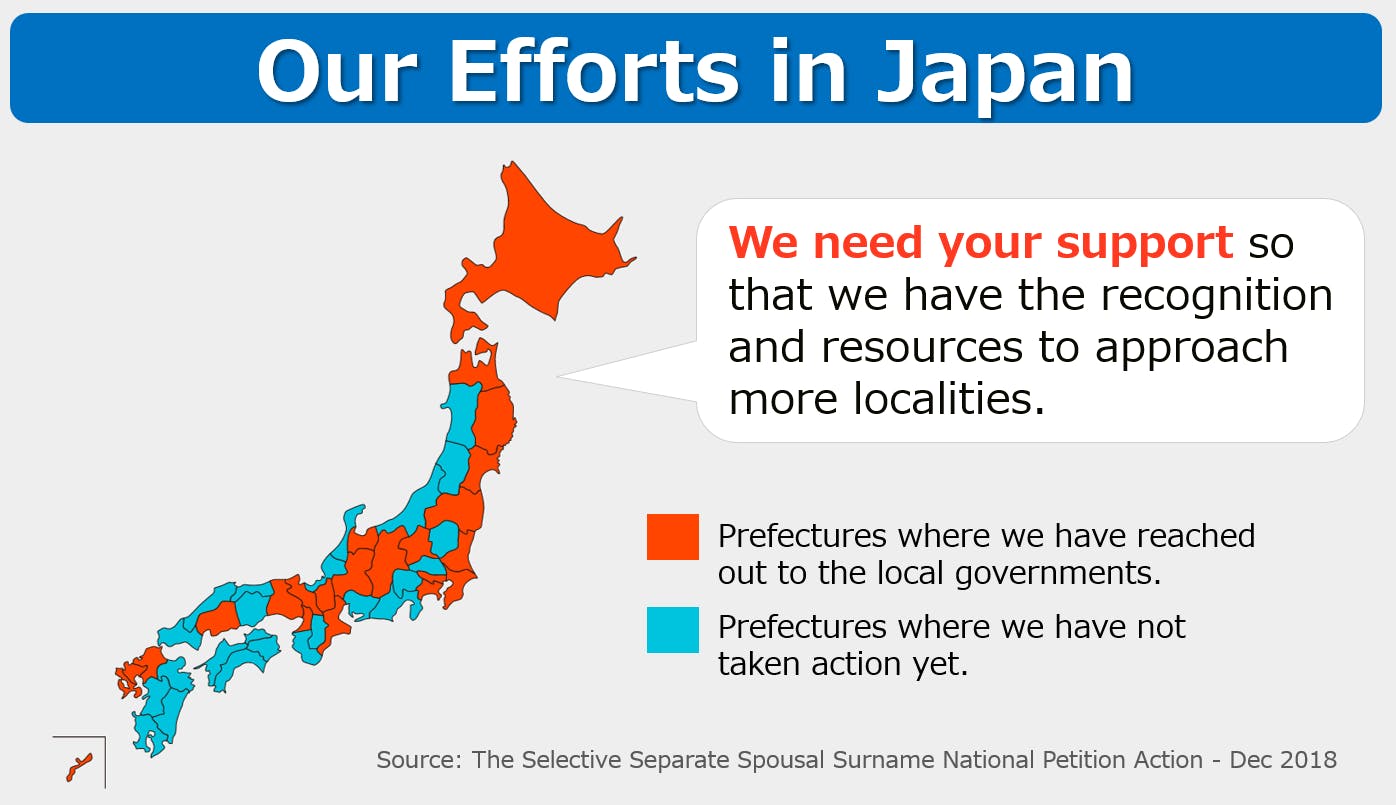 2. Petitioning to the Japanese National Diet

We lobby and hold parliamentary study sessions for different political parties and lawmakers involved in the legislation.

We hold various lectures, respond to media interviews and surveys, write for newspapers and research organizations, and disseminate information on the web ( website / Twitter / Facebook / Note ) to raise public awareness and drive the discussion around Japan.

We have built a community for those who are asking for this law reform. We collaborate together to petition and also also support each other with concerns members might be facing in regards to their marriages and surnames. 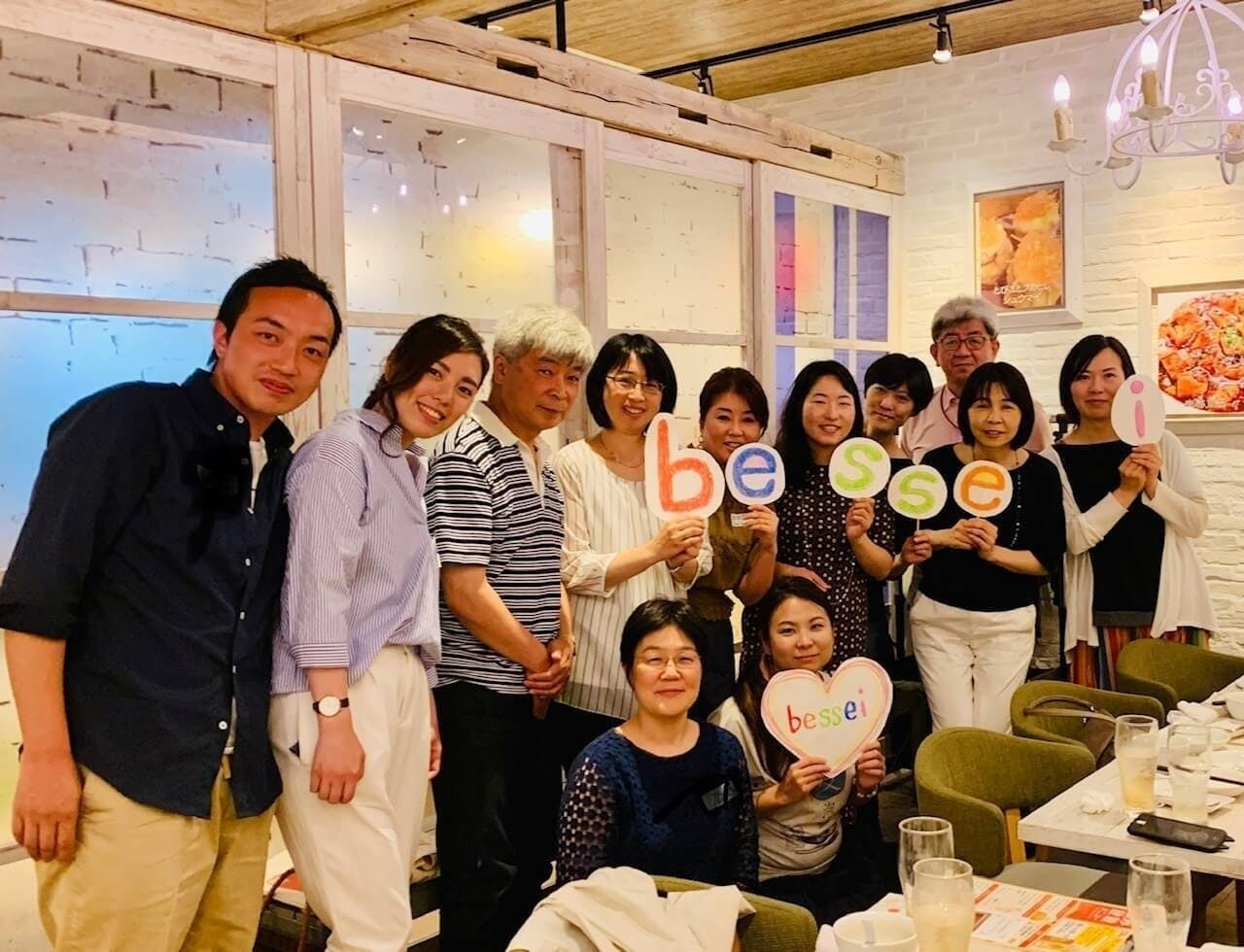 We Need Your Help!

Please help us raise international awareness and urge the Japanese government to reform the marriage law. Below are some specific actions you can take.

Please do not hesitate to email us to ask questions, send us supporting comments, interview us, invite us to talk on stage, etc.

Here are some articles written in English that you can refer to to find out more. 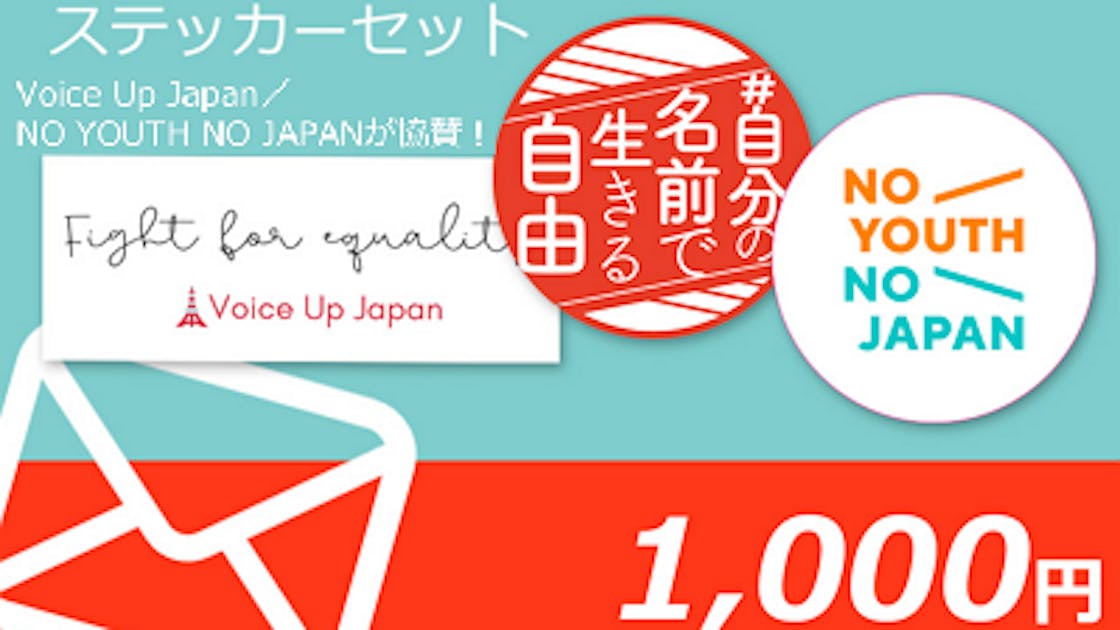 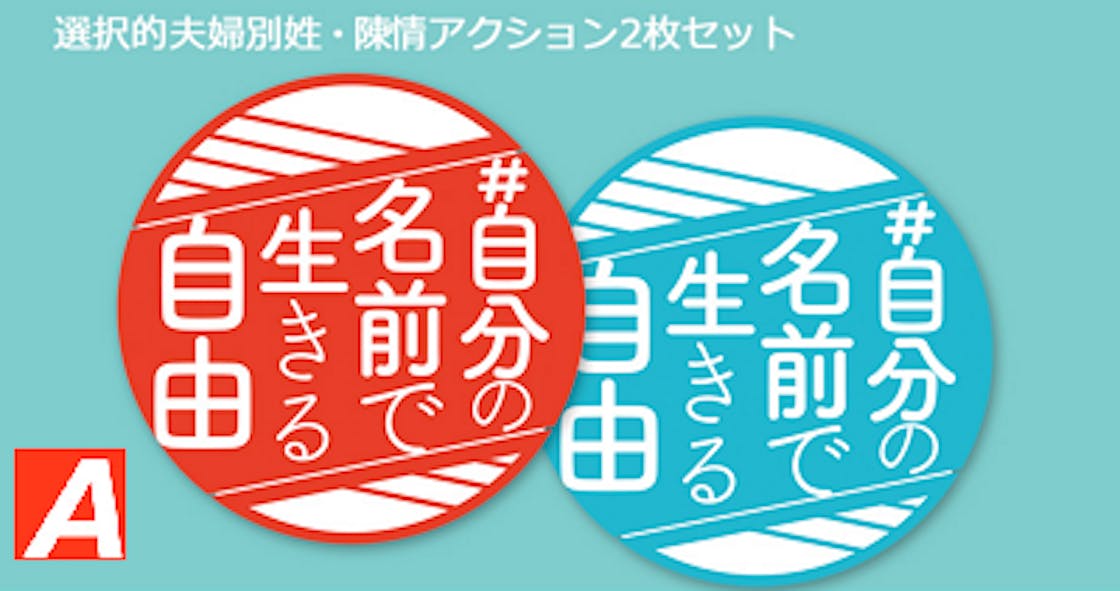 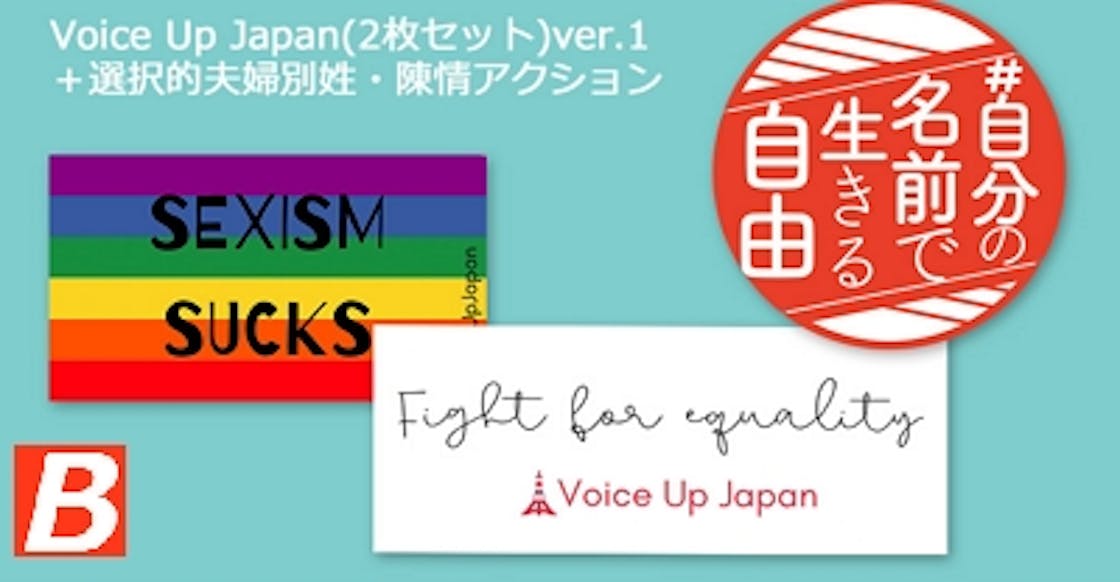 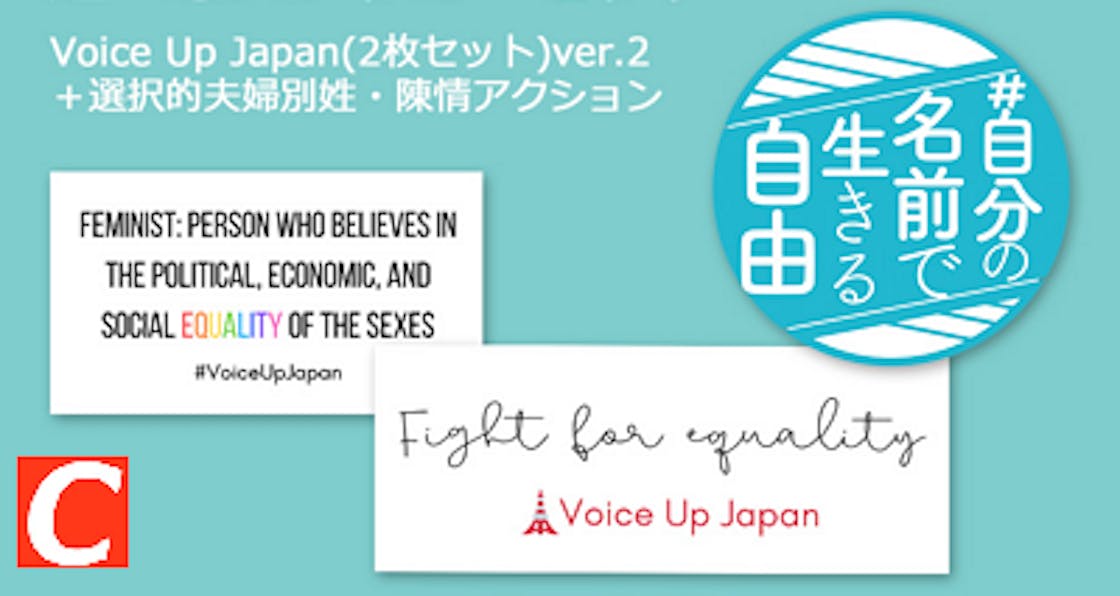 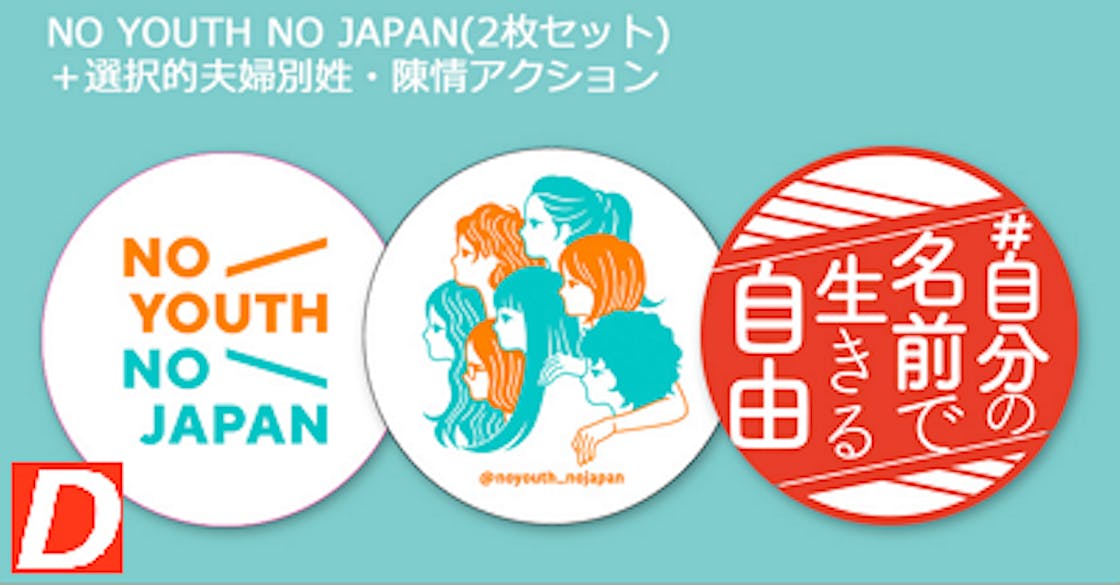 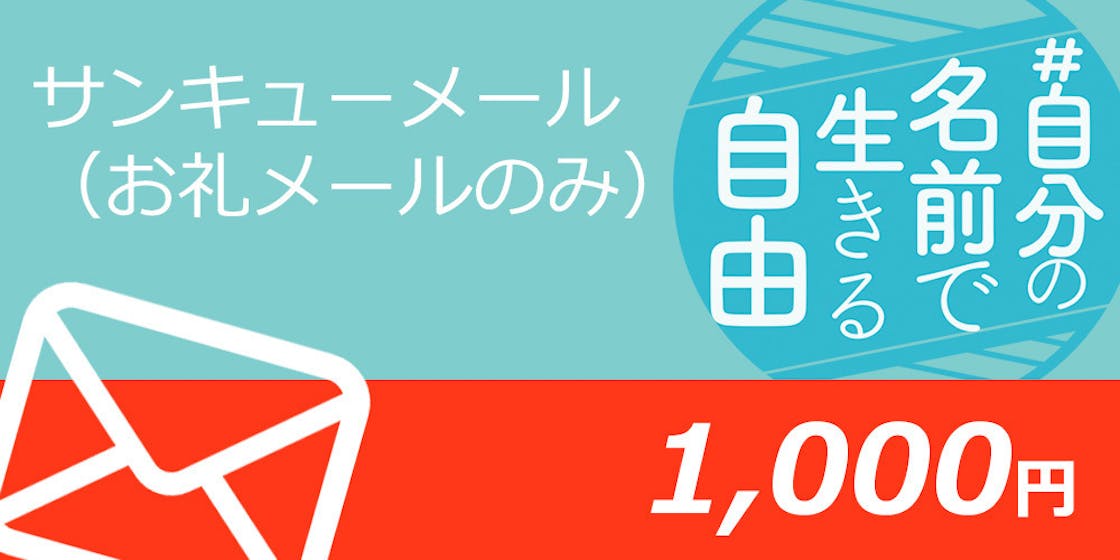 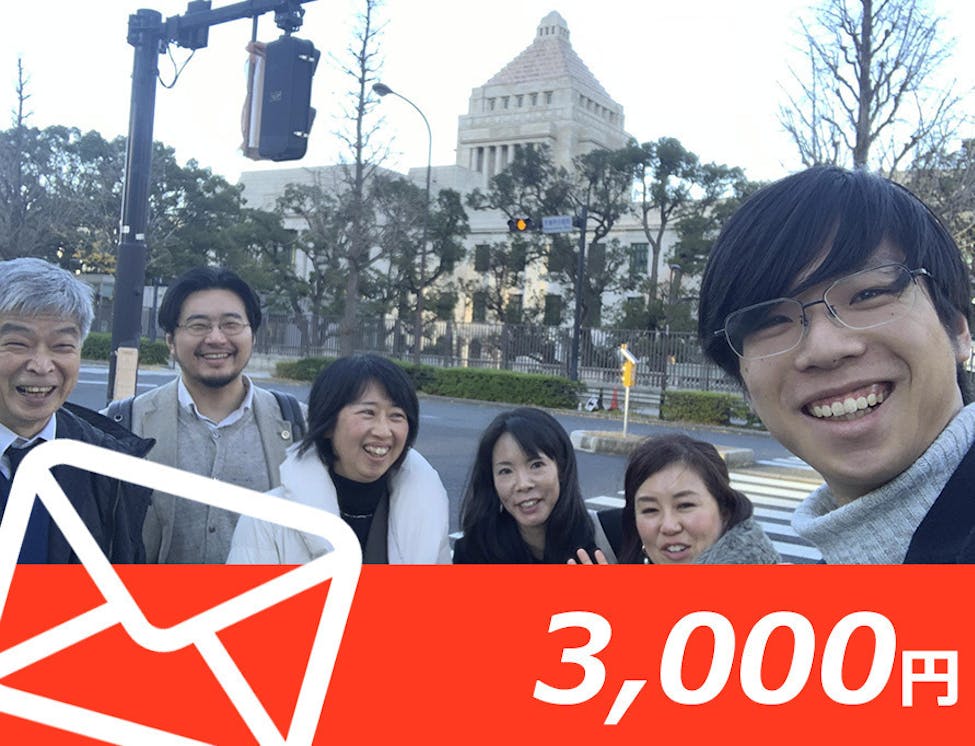 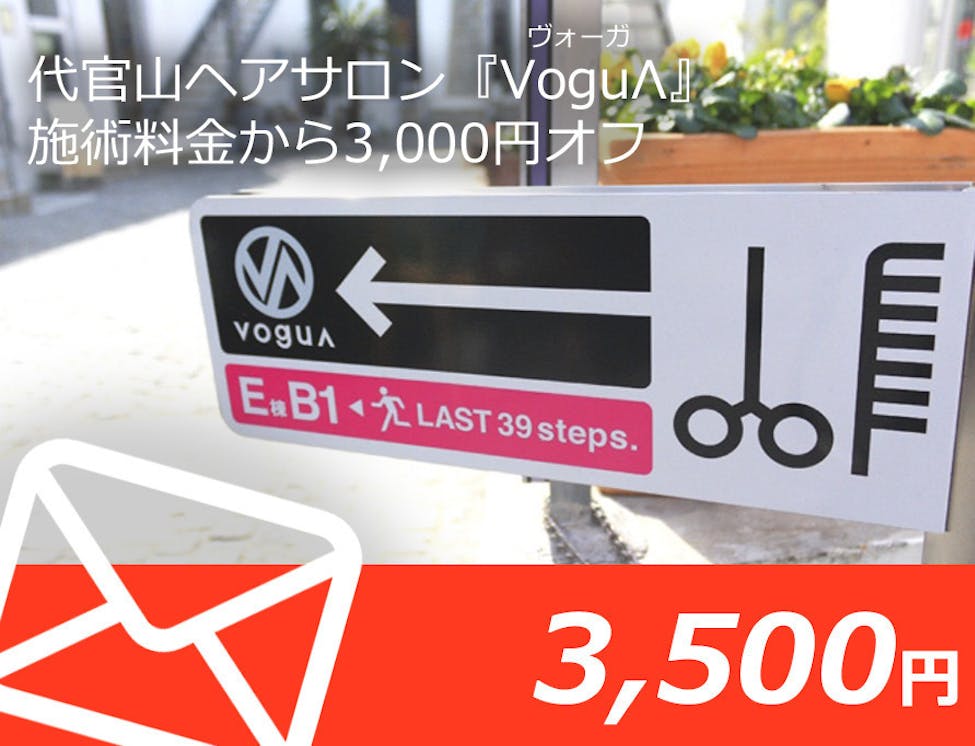 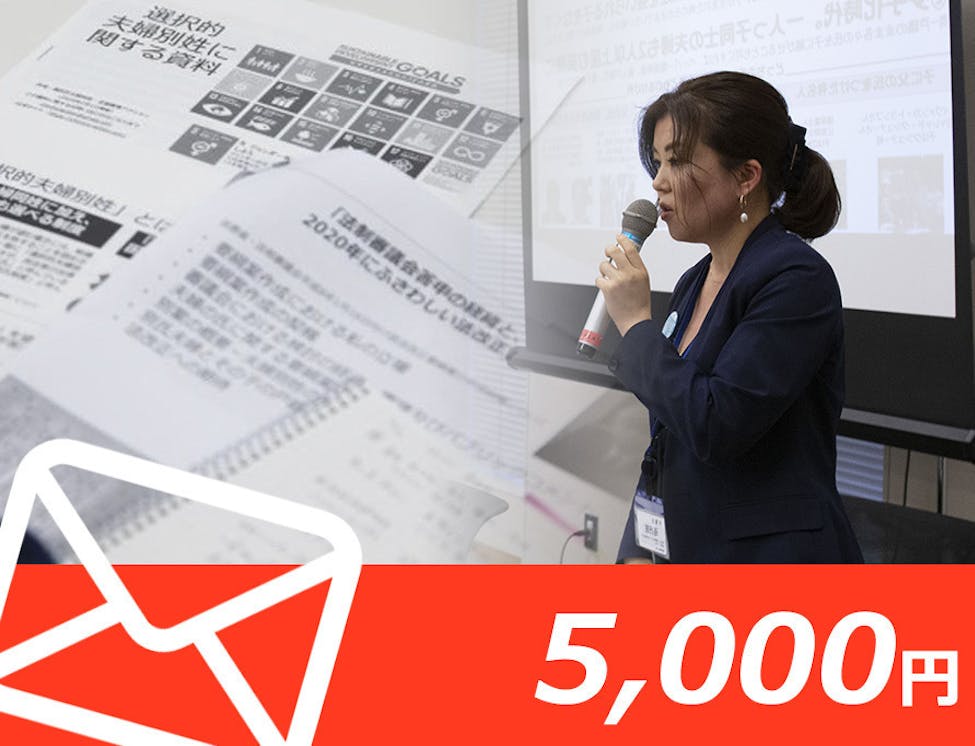 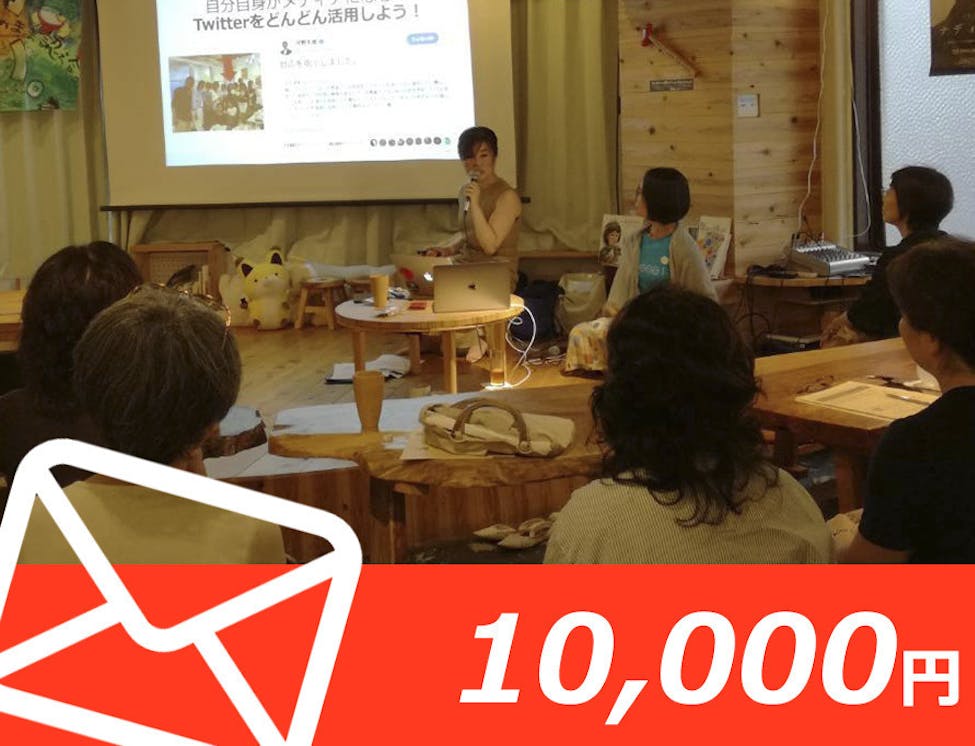 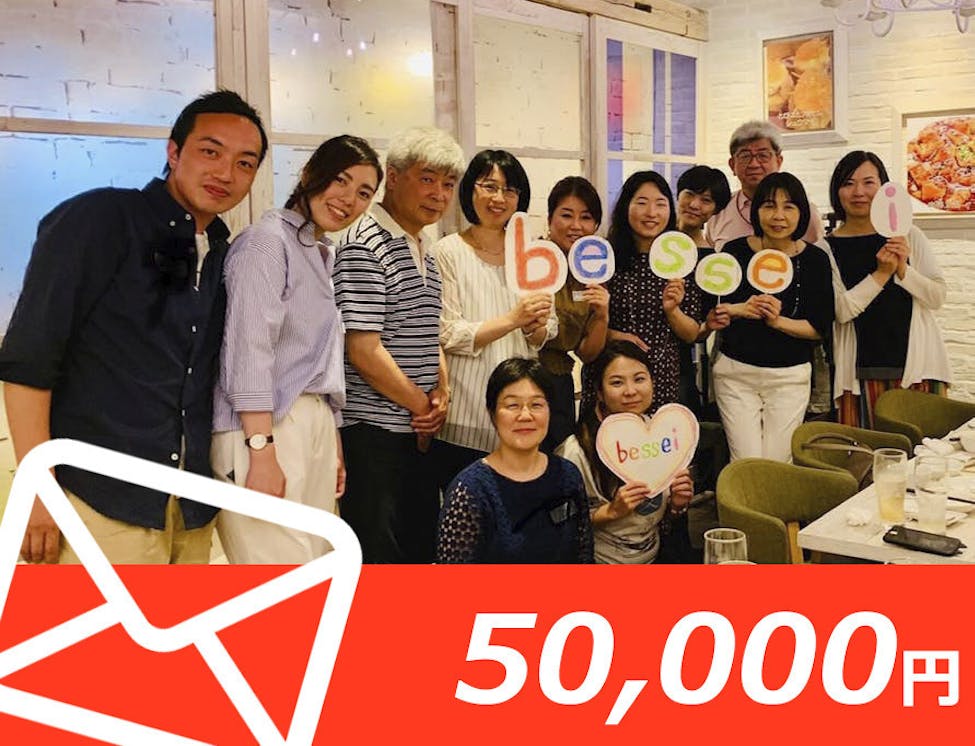 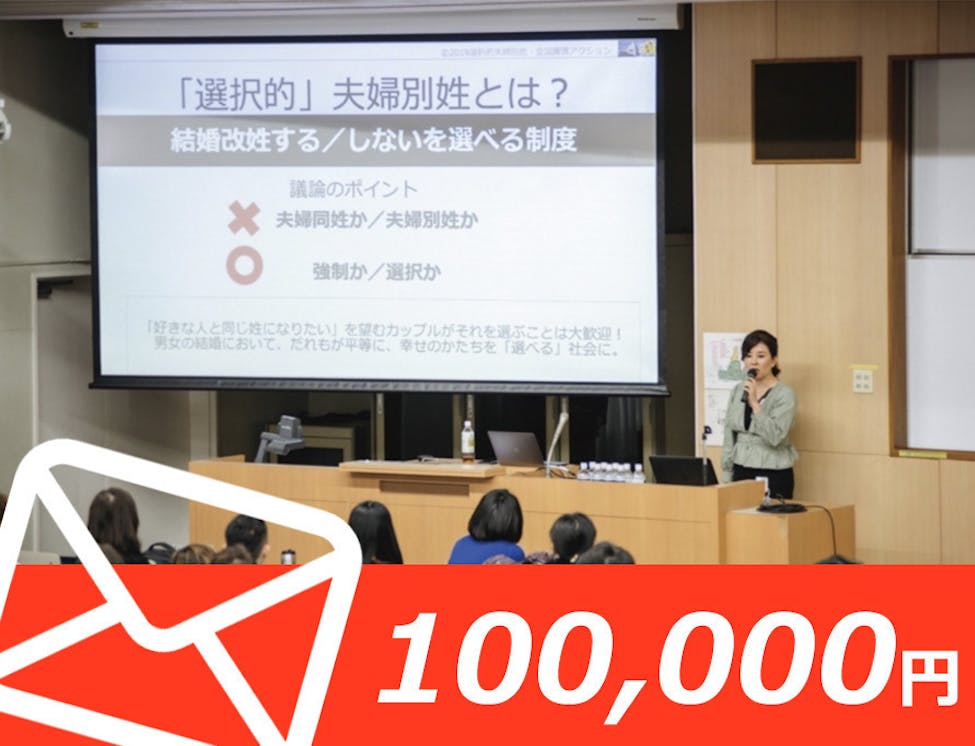 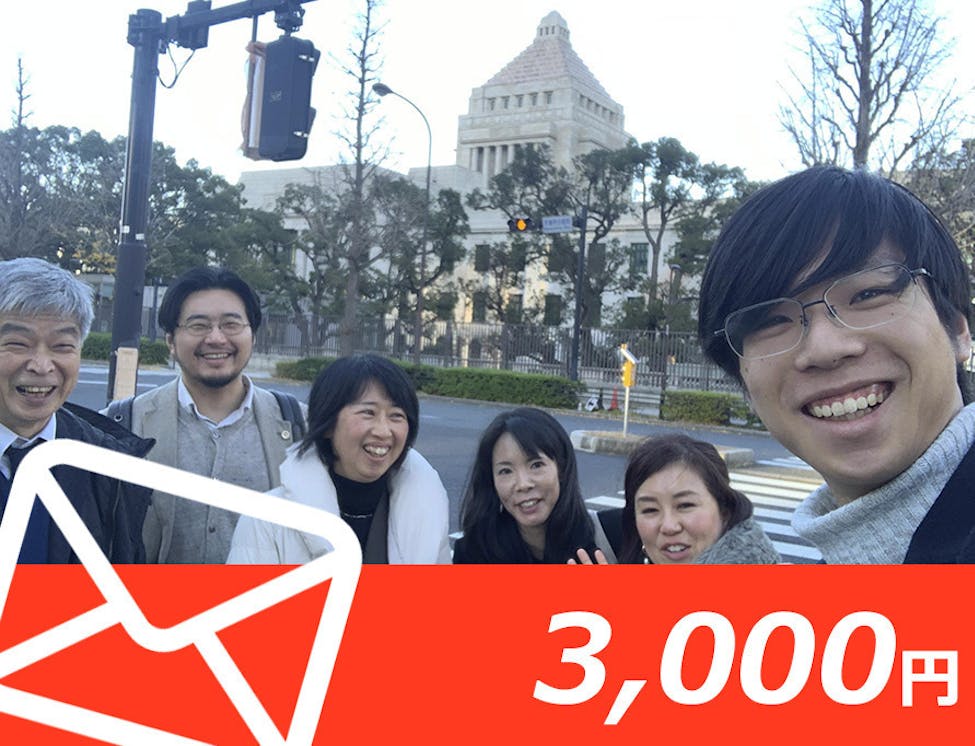 ■Pledge 3,000 yens
We will send you our day-to-day activity updates by email in Japanese. It will include information on our lobbying activities, members’ voices, event announcements, and more. The emails will continue until the law is reformed or until you unsubscribe from the mailing list. 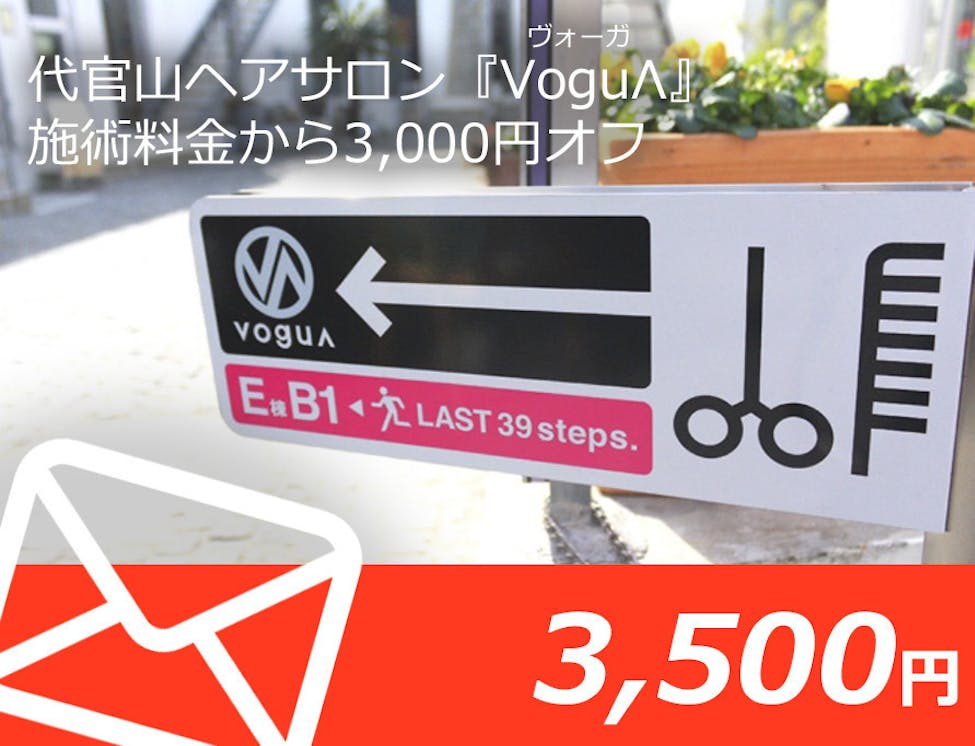 ■Pledge 3,500 yens
You will get a 3,000 yen coupon for the hair salon "VoguA" located in Daikanyama, and we will send you our day-to-day activity updates by email in Japanese.
Dairyu Anami, owner and beautician of "VogueA" <https://vogua.jp/>, is sponsoring the crowdfunding campaign by offering this coupon to our supporters. Dairyu and his partner got legally married once but got a divorce and switched to a de facto marriage after 3 years. Dairyu realized that his wife was facing various inconveniences at her work after changing her last name upon marriage, and he felt uncomfortable that the Japanese law forces one spouse to change his or her name.
Find more about Dairyu's story and hair salon (in Japanese) at
https://camp-fire.jp/projects/217790/activities/122077#menu 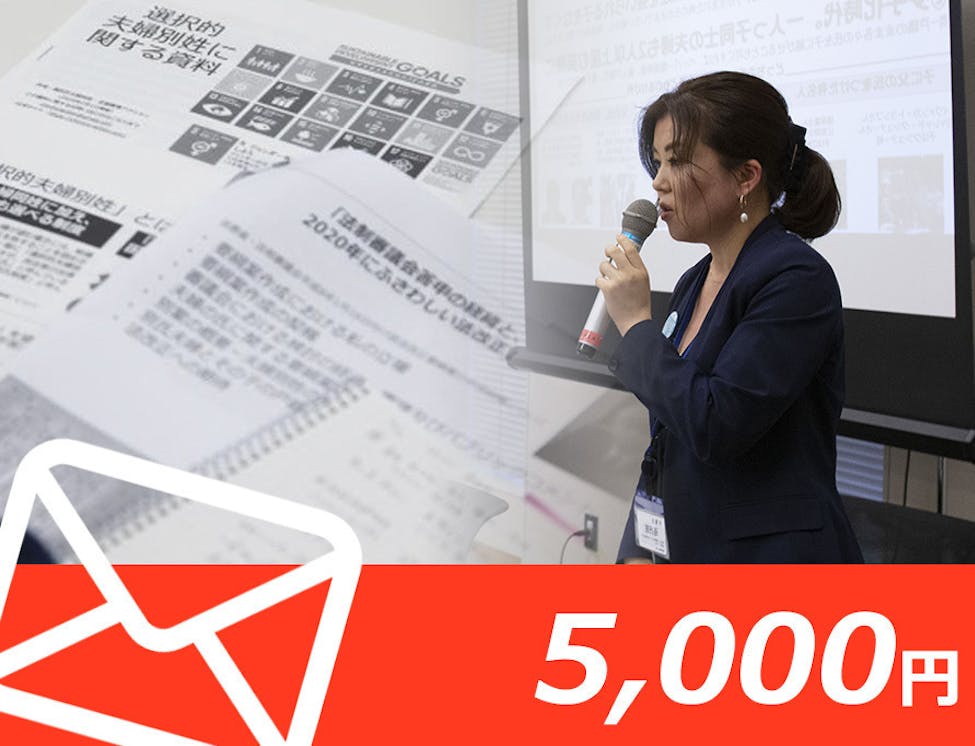 ■Pledge 5,000 yens
We will send you our day-to-day activity updates by email in Japanese.

We’ll send you a summary report in Japanese of the activities every 6 months until the law is revised. It will include our accomplishments in various local councils and the national diet. 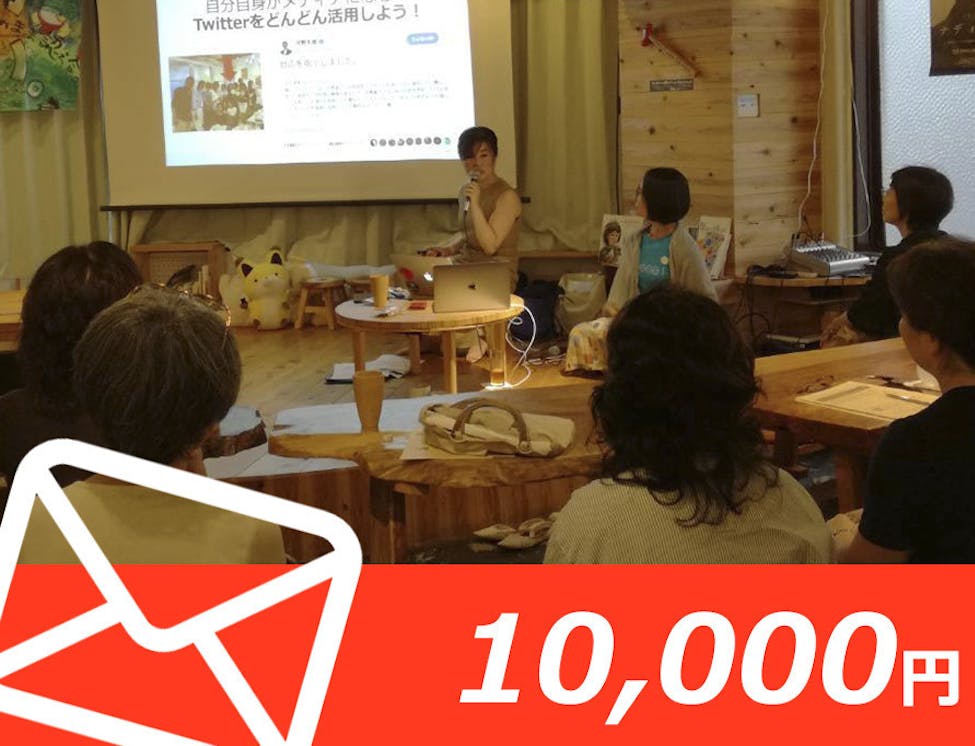 ■Pledge 10,000 yens
We will send you our day-to-day activity updates by email in Japanese.

We will invite you to our Activity Report Meeting to be held on a weekend in June 2020 in Tokyo or online. We’ll talk about all our progress and our future plans. You will get a chance to connect with other members. 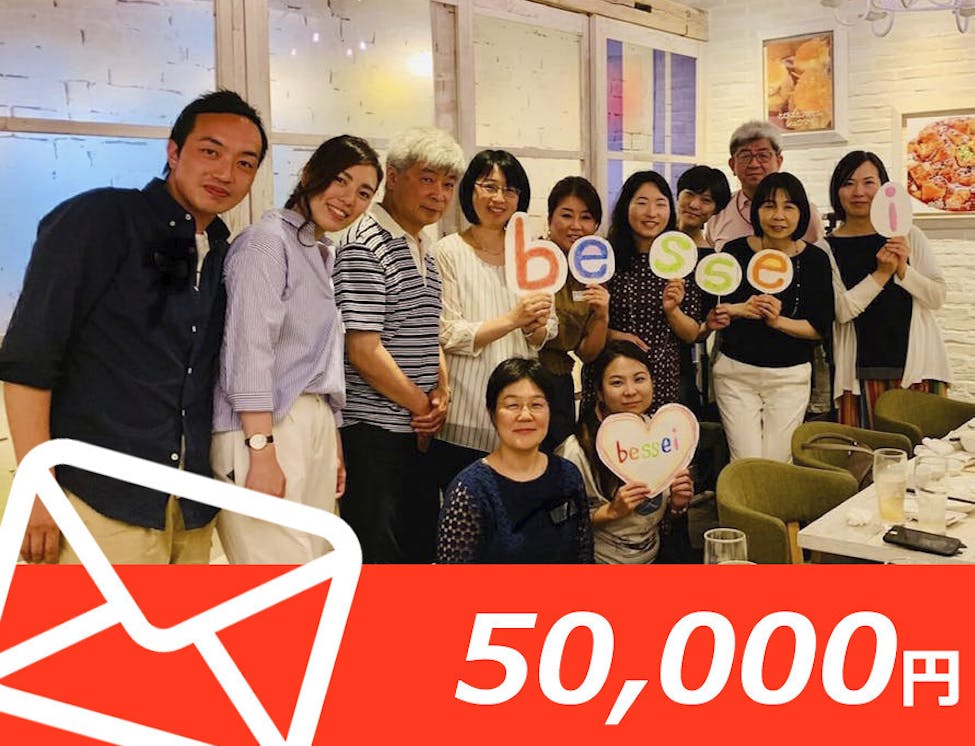 ■Pledge 50,000 yens
We will send you our day-to-day activity updates by email in Japanese.

We will invite you to our closed networking lunch on a weekend in spring 2020 in Tokyo. Let’s talk together with the Secretary-General Naho Ida and other members. (Please pay for your own transportation.) 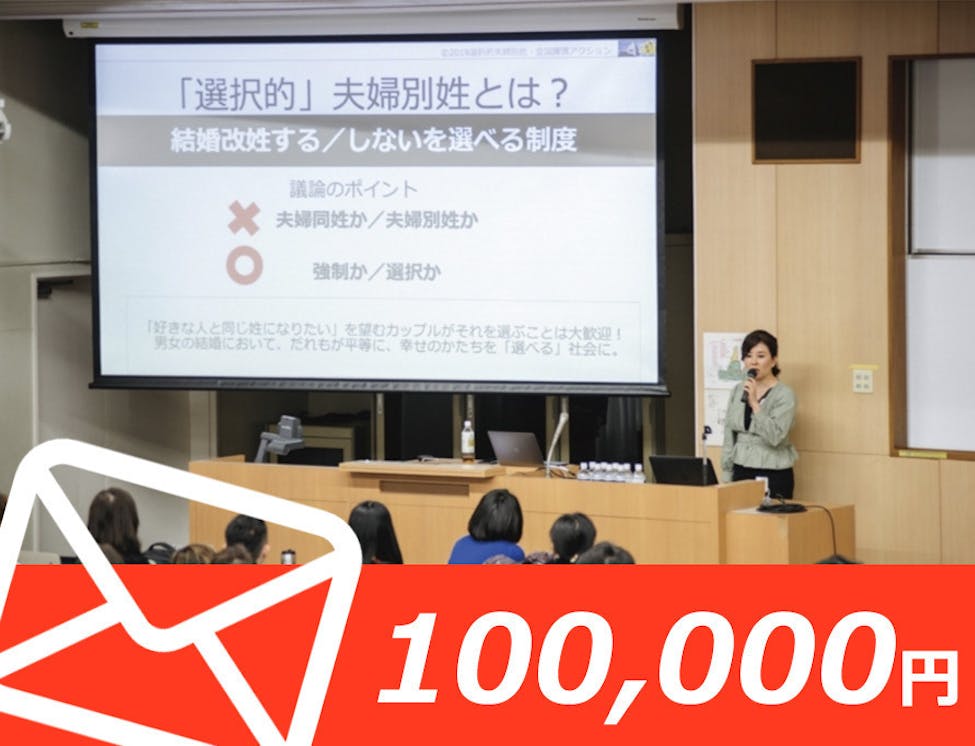 ■Pledge 100,000 yens
We will send you our day-to-day activity updates by email in Japanese.

We will go to your designated prefecture or city to give a lecture and hold discussions with the local officials. It is very important for us to work together with people like you to approach the governors, mayors, and councilors across Japan. You can request whom you want us to approach, how big you want the event to be, and more. We will plan the session together. Please make sure you write your name and email address for contacting you when you choose this pledge.